At the heart of Sprintex is their Slat Belt Technolgy which separates them from all other treadmills.

The majority of belt-diven treadmills are not suitable for professional gait analysis.

Central to their design is a belt dawn across a board – drawing the feet beneath the body. Similar to a checkout conveyor belt drawing items towards the till.

The foot is an intricate mechanism that cushions the body, provides traction and leverage for propulsion. It does not rely on the ground being drawn beneath the body.

A key benefit for its use in gait analysis is its ability to reverse the running direction to enable observation of anterior, posterior and both sagittal perspectives without moving camera. The adapted handrail ensures an un-interrupted ‘head-to-toe’ sagittal view.

Its smooth action enables those re-training their gait to start at speeds as low as 0.2 kph without a jerk start or finish.

The Benefits of Slat Belt Technology and Sprintex Treadmills 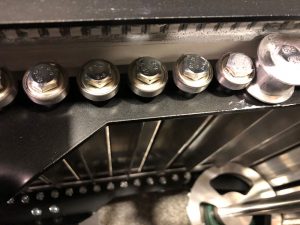 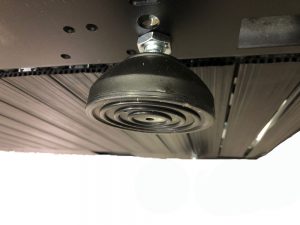 Nearly all belt driven treadmills utilise a PVC, cotton, or nylon belt which must be tightly stretched between two rollers to engage the belt to the drive roller. For many reasons, such as usage and humidity, the belt becomes loose, slips, and thus requires tensioning. This results in inaccurate speed readings and decreased performance. Also, the tensioning geometrically decreases the life of the belt and roller bearings.

The Trampoline Effect: All belt-based treadmills draw a “running surface” over a board (or deck), which is specifically designed to attenuate the impact of foot strike (sometimes referred to as an ‘orthopedic running board’). This artificial impact attenuation masks the true biomechanics of the foot and its natural ability to absorb shock. In addition, any rebound from initial impact will have an adverse affect on foot function.

Contact Grip: During initial foot contact friction causes the belt to instantaneously grip the board. This results in an abrupt breaking moment before foot flat is reached. While the belt is gripping it can be seen to bunch-up beneath the foot. When the load is sufficient the foot is ‘jerked’ towards an early ‘foot flat’.

Early Heel Lift: The alterations to the stance phase do not stop here. It has been shown that the more powerful the treadmill motor is, the more likely it is that the foot will be “pulled backwards” beneath the body. Therefore the natural kinetics and kinematics of the propulsion phase are masked. Additionally these alterations to the natural running gait will be disconcerting to any runner, causing them to decrease stride length and drop their centre-of-mass

Shorter Swing Phase: If an early heel lift occurs, due to the unnatural accelerated backward movement of the weight-bearing limb, then the non-weight bearing leg will prematurely reach initial contact, shortening stride length.

Lateral Shift: Some clients with excessive toe-out angle and genu valgum frequently drive the belt laterally during the propulsive phase. As the belt is designed to slide, it exaggerates the movement. You can identify this by monitoring the gap between the edge of the treadmill and belt.

Noise & Vibration: The vast majority of belt-driven treadmills ‘bounce’; this generates both unnecessary noise and vibrations. These unusual circumstances in addition to the aforementioned effects contribute to an unscientific environment for professional, accurate gait analysis.

Pulled – not propelled: The running surface on a ‘belt’ driven treadmill is pulled over the running deck. The powerful motor that drives this belt also unbalances the propulsion phase of the runner by pulling the foot beneath the hip rather than allowing the foot to drive the hip over the foot. Therefore the running gait is altered as you are only replicating the propulsive movement not creating it.

Summary: In order to increase the validity and relevance of gait analysis, changes had to be made! ‘Slat technology’ is addressing the aforementioned errors as they run on very low friction sealed bearings, therefore they reducing the need to ‘pull’ the slat around, thus creating a better environment for you to replicate natural gait behavior. 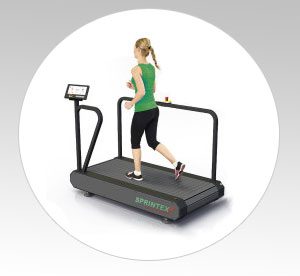 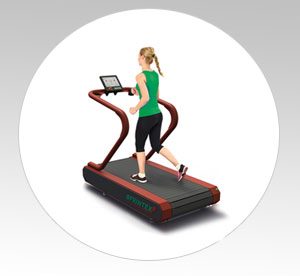 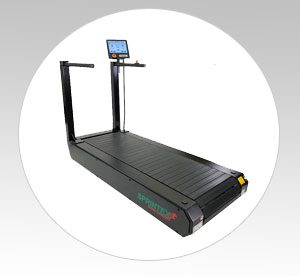