Use MotionMetrix Marker less 3D analysis to see if we can see any functional issues. Use the system to spot any missing links from previous 2D assessments.

Summary Screen.  First page of the analysis. Text in light blue and the light blue arrows indicate the runners scores/values. The green areas are the target ranges based on height, weight and optimal ranges that have been gathered from 600 elite runners

Gait Characteristics Screen. 2nd page of the analysis. Assess flexibility and ranges of the knees and hips, the step alignment characteristic’s and the ankle/foot angle at contact

Forces & Moments Screen. 3rd page of the Analysis. Assess forces and moments in all 3 planes. 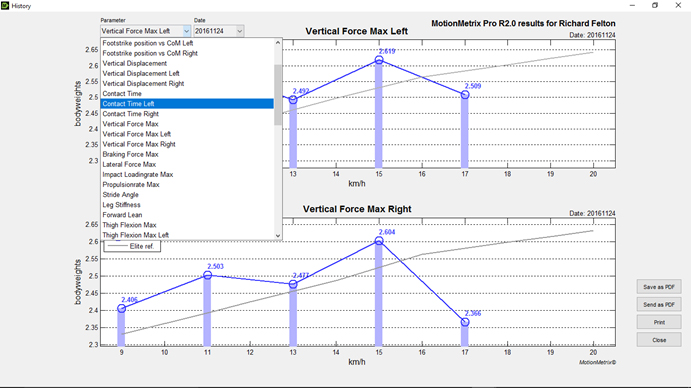 Customisable Analysis and Reports Screen featuring 63 measured parameters that can be used to assess the runner at different speeds. The Blue bar is the runner, the black line is the optimal data based on 600 elite runners.

Vertical Forces (blue bar) at each tested speed. Black line is the optimal elite target. Significant drop in force on the right side at 17kmph. 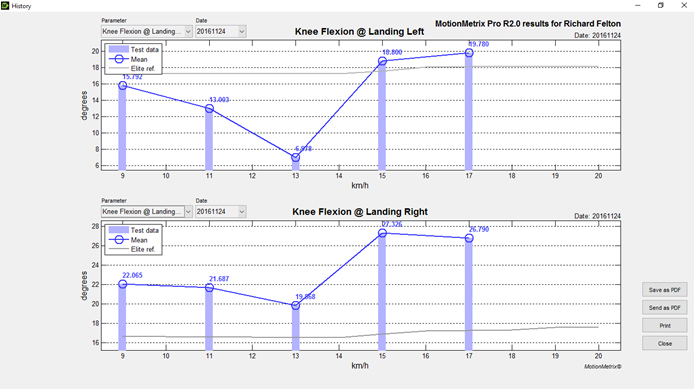 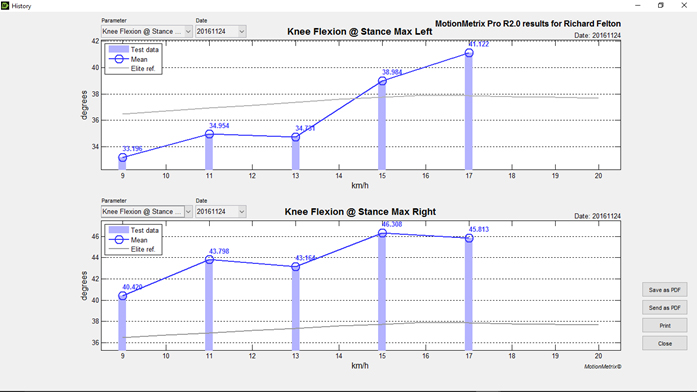 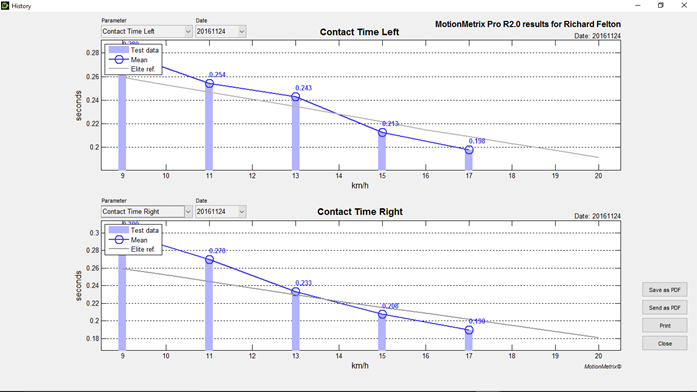 Ground contact time changes as the speed changes. Left side spends longer on the ground at higher speeds (15 & 17kmph) 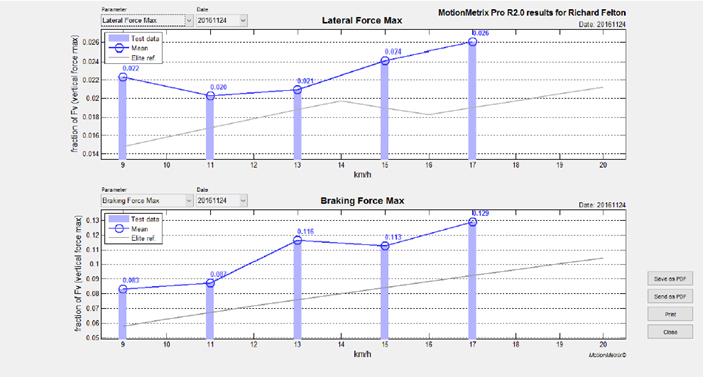